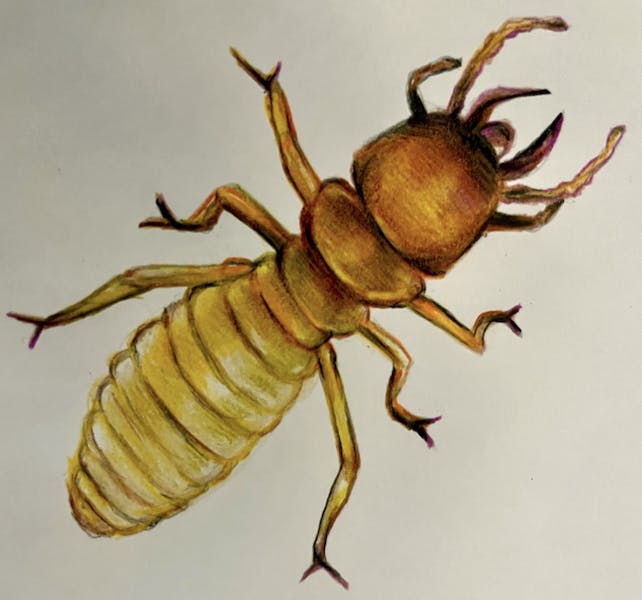 Anthropocene climate change is having profound negative impacts on everything from humans to octopus around the world. Warming temperatures are causing heat waves and droughts, while severe storms are ravaging our shores. However, our ever-warming planet is experiencing an unexpected benefit for the enemies of wooden houses everywhere: termites.

Termites — which are actually a specialized species of cockroach — live on every continent except Antarctica and are an important part of the natural world. Described as “soil engineers” by researcher Pascal Jouquet in the European Journal of Soil Biology, termite activity affects all members of their ecosystem, from the smallest microbes to the largest elephants. Their area, known as the “termitosphere”, covers a large part of the soil column. The termitosphere intersects with the domain of the humble earthworm, adorably known as the “drilosphere.”

Jouquet detailed how termite activity in the termite sphere affects the amount of water retained in the soil and alters soil structure, increasing vegetation growth and cover. Termites even affect the biodiversity of animals in their community. Their mounds provide food and shelter to many animals in times of drought and scarcity, and protect organisms from local extinction.

Termites are particularly important decomposers. Termites feed on dead plant material, including wood and foliage, and are particularly prolific in dry and arid conditions. The lack of moisture prevents other decomposers like flies from doing their job, but termites have a secret weapon in the form of their mound. A termite mound can be essentially temperature and humidity controlled, allowing termites to efficiently decompose natural materials in harsh conditions.

Historically, termite range was limited by temperature and humidity. Climate change may significantly increase the range of termites as average temperatures rise, according to a new study by Amy Zanne and her international team of researchers.

Discovery of termite wood, where termite colonies find a new resource and consumption is highly dependent on temperature. Zanne’s team found that detection increased dramatically with temperature, increasing more than sevenfold for every 10 degrees Celsius increase in temperature. Overall, the discovery was largest, but varied, at low latitudes and high elevations where temperature and precipitation were high. The same pattern was also observed in reverse, where the discovery occurred in cool, temperate biomes to the west.

Zanne’s team’s research estimates that termite expansion could increase by 50% from 2041 to 2060, based on current climate projections. This expansion will affect the carbon cycle and wood decomposition in ways that we will explore further in the future.

However, termites could become a new threat – or a boon – to many tropical ecosystems in the years to come. Termites are here to stay.

The Daily Cardinal has covered the University and community of Madison since 1892. Please remember to donate today.

Gardening and associated occasions the week of Could 30

Big Brood of Billions of Bugs Set to Emerge in US...

Learn how to Select a Termite Firm: 5 Issues Earlier than...

The place to Discover Termites in Grounded