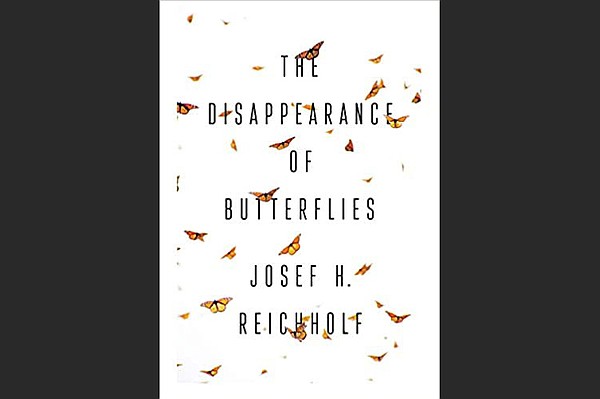 Josef H. Reichholf is the man who takes notes.

These notes keep him from succumbing to the nostalgia of “not creating pink memories of past states”. He’s a scientist – an environmental biologist – and even when translated (courtesy of Gwen Clayton) his words have a taste of Germanic abruptness, as if he were a person with a certain intolerance to whims. I don’t suspect him of romantic desires.

He goes to his records to tell us that on January 2, 1959, he counted “800 mallards, 50 tufted ducks, 69 bean geese and 200 coots” in the water of an ice-free reservoir in a valley in southern Bavaria. Reichholf makes sure that “most” numbers are “rounded up” as his ability to provide accurate numbers has been impaired by his observation through binoculars more than half a kilometer away. (It would be a few years before he would acquire a telescope with adequate performance to allow more accurate counts.)

All of this has to do with his character and reliability. So when he discovers a sketch he made of four butterflies that according to his notes come from life, he understands that it is not an ancient work of the imagination. But it “surprises” him, because it had been decades since he had seen the butterflies he had drawn. They are so rare that they are considered extinct in southern Bavaria.

He flips through his papers and finds a note about a “palm-sized moth” that flew on a train when it was stopped at a station on the way to school. It landed on his classmate’s shirt.

“It was a red underwing …” the note says. “When it rests, the gray-brown, washed, bark-colored front wings of this large moth moth cover the bright red hind wings, which are bordered by an angled black stripe …”

Reichholf writes that in his youthful ignorance he assumed that the moth was attracted to the color of his classmate’s shirt, but has since learned that insects perceive red as just another dark gray. It doesn’t really matter; What is important is that “red lower wings were so common in the 1950s” that they were apparently nested in train stations and could be scared into trains.

“In the last 50 years our moth and butterfly populations have declined by more than 80%,” writes Reichholf. “Perhaps only older people remember a time when meadows were filled with colorful flowers and countless butterflies fluttered over them. Nobody would have thought to count them then … Butterflies belonged to summer, just like bees and wildflowers. Larks sang from the beginning of spring to midsummer. They would sing from the first light and soar in the air above the fields. “

That has changed, and Reichholf can prove it. Moths and butterflies “now face the real prospect of extinction,” he writes. “It’s hard to remember the days when fields and meadows were full of these beautiful, delicate creatures – today we rarely catch a glimpse of the wild cherry sphinx moth, the Duke of Burgundy or even the once-common little tortoiseshell Butterflies. The tall brown mother-of-pearl butterfly and the stout dart moth have practically disappeared. “

Reichholf started studying birds and then became fascinated by butterflies – butterflies and moths. This book, which was published in German in 2018, leans heavily on his personal memory (and these numerous old notes) as it celebrates the diversity of these insects in a rather dizzying way.

There’s a fascinating chapter on “the benefits of being attracted to light,” and one of the more interesting recalibrations he suggests to people is to tweak the spectral makeup of street lamps and other man-made light sources to be “more insect-friendly”.

This, he suspects, would lead not only to more small moths in our cities, but also to “hawk moths the size of small birds and imperial moths that could be mistaken for small bats that fly like ghosts through the gardens and build the city . ” “”

Yeah, that would be really cool. (Although if it helps with mosquitoes …)

While Reichholf has nothing against fellow lepidopterist Vladimir Nabokov when it comes to literary style, he is an approachable, quirky writer with strong ideas. As the title suggests, “The Disappearance of Butterflies” is an ecological downer, creating threatening links between dwindling insect populations and environmental degradation, including climate change and industrial agriculture. He sees the widespread use of pesticides as the culprit in the destruction of butterflies and advocates insect-friendly food production.

The book (which has a nice color photo area) doesn’t look flashy or alarming, perhaps because Reichholf understands that he and anyone else who remembers when butterflies could wipe out the sky, no matter how bad the world gets, neither does be there forever.

He’s the same guy who, when an interviewer asked him about the dire effects of climate change, said he wasn’t worried. Perhaps he was looking forward to milder winters his age.

Need a Correct Vegetable Insect Pest Identification? Here is How To...