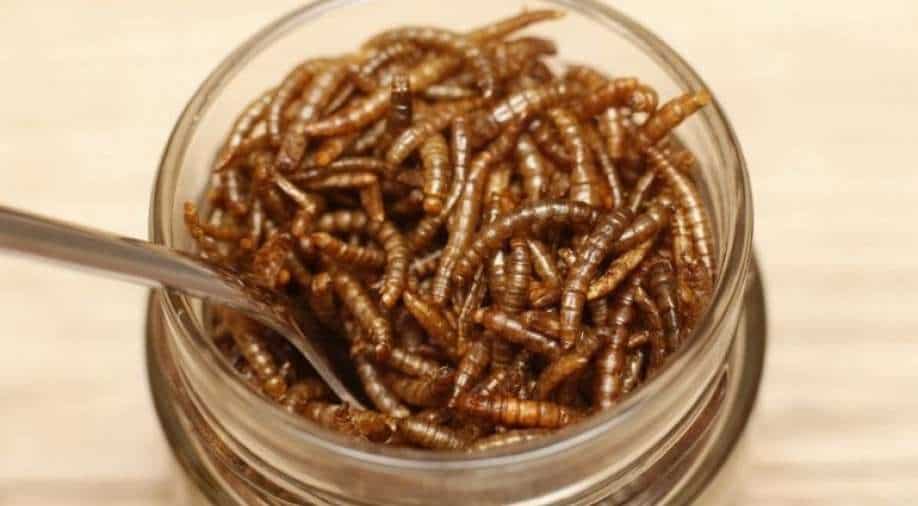 Mealworms are the first insect to be approved as a human food in Europe after the region’s food authority declared it was safe to eat.

The decision by the European Food Safety Agency (EFSA) paves the way for the use of yellow maggots whole and dried in curries and other recipes, as well as flour for making biscuits, pasta and bread.

EFSA said it found that the mealworms, or Tenebrio molitor larvae, were safe to eat “either as a whole dried insect or in powder form”, according to a request from French insect breeding company Micronutris.

“Its main components are protein, fat and fiber,” the statement said, but warned that further research into possible allergic reactions to the insects would have to be carried out.

The EU food watchdog step is the first step required before officials can decide whether the beetle larvae can be sold to consumers across the 27-nation bloc.

The vaunted Mediterranean diet and French gout are sure to be highly competitive.

Despite their name, mealworms are more like beetle larvae than worms and are already used as an ingredient in pet food in Europe.

The burgeoning insect industry in Europe welcomed the decision and hoped that authorities would approve the marketing of yellow mealworms by the middle of this year.

“The publication of this document is indeed an important milestone in the further commercialization of edible insects in the EU,” said Antoine Hubert, President of the International Platform on Insects for Food and Feed, in a statement.

The Italy-based EFSA has more insect tests on its plate and will also check whether crickets and grasshoppers are safe to eat.

People in much of the world – including parts of Africa, Australia, and New Zealand – already enjoy hiding in insect bars, cricket burgers, and other maggot-based foods.

They are already available for human consumption in a few EU countries and are being produced on a larger scale for use in animal feed.

The industry expects the European market for insect-based food products to grow rapidly in the coming years, with production reaching around 260,000 tons by 2030.

However, some sociologists believe that psychological barriers, which are particularly strong in Europe, will take some time for the yellow worms to fly off the supermarket shelves there.

“There are cognitive reasons arising from our social and cultural experiences – the so-called ‘yuck factor’ – that make the thought of eating insects repulsive to many Europeans,” said Giovanni Sogari, social and consumer researcher at the University of Parma in Italy.

“Such settings can change over time and exposure.”

EFSA said it had received 156 requests for “novel food safety assessments” since 2018, covering everything from foods made from algae to a range of insect species.

Herbs and lilies on the agenda for March 18 gardening assembly...