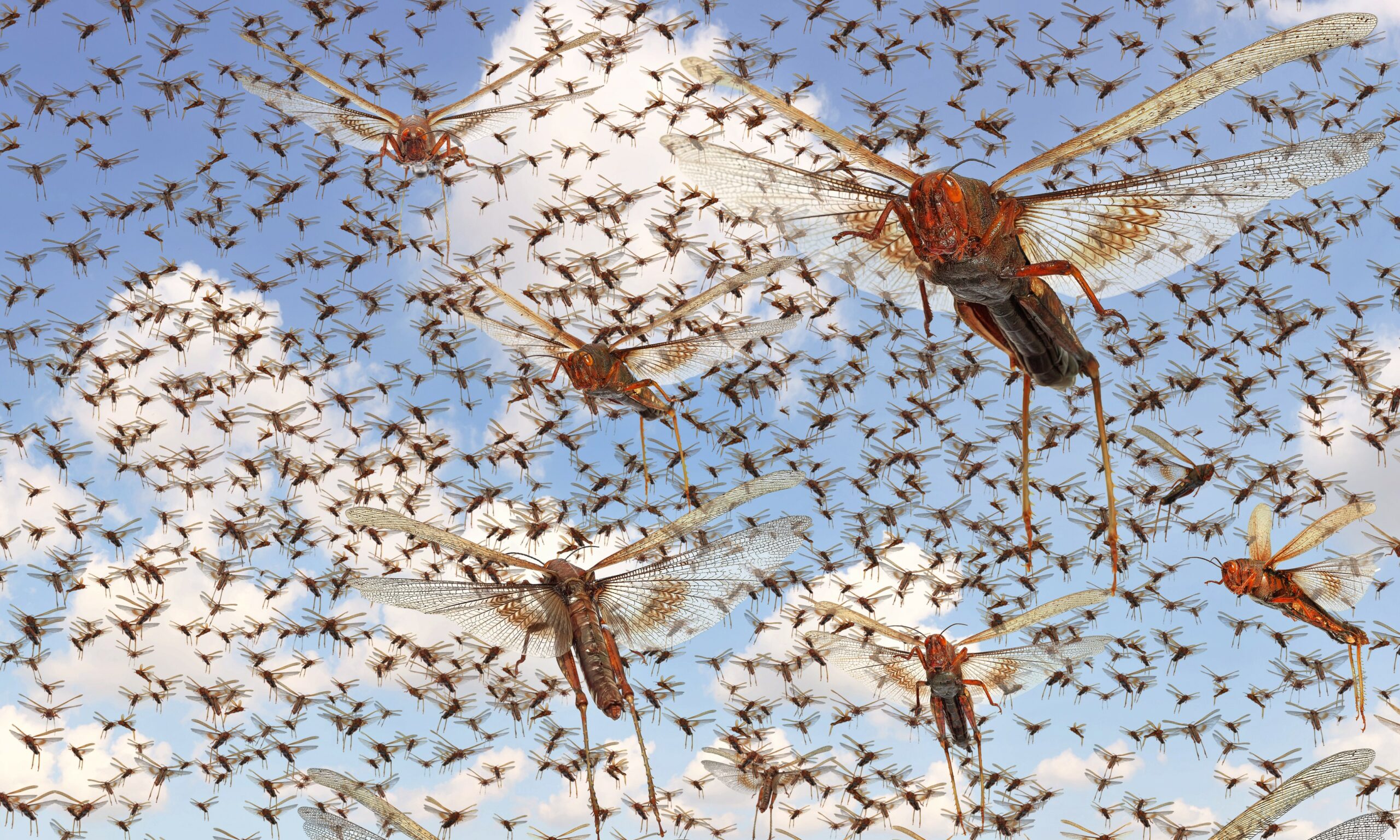 Lightning during thunderstorms reminds us of the charged nature of the Earth’s atmosphere. However, static electricity is always present in the air, even in fine weather and away from thunderstorms. Electric fields in the atmosphere influence the movement of biologically relevant ions (e.g. nitrate, sulfate, radon) and dust particles. They are also known to facilitate animal dispersal and navigation. However, their origin has generally been thought to be abiotic, involving local atmospheric electrical processes such as cloud electrification, lightning triggering, precipitation, aerosol charge, and radioactivity.

A new study published in the journal iScience now claims that living organisms can also have an impact on atmospheric electricity and could even help us understand previously unexplained spatiotemporal variations in the electric fields of the lower atmosphere. The researchers are particularly focusing on flying insects that form swarms and undertake mass movements, such as grasshoppers, honey bees and migratory species of butterflies.

“We’ve always looked at how physics affects biology, but at some point we realized that biology might also affect physics,” says lead author Ellard Hunting, a biologist at the University of Bristol. “We are interested in how different organisms use the static electric fields that are present practically everywhere in the environment.”

Insects like honey bees gain a positive charge from friction with air molecules as they fly past. This is a well-known phenomenon and has been proposed as the mechanism that helps pollen adhere to a bee’s body as it forages from flower to flower. Because bees form dense swarms during seasons when they are looking for new places to settle, the researchers set out to measure the electric field changes associated with the movement of these swarms.

They found that there was a density-dependent change in atmospheric electric charge of about 100 Vm-1 when a swarm flew over their electric field monitor. The denser the swarm, the greater the increase in electric field strength near the ground. This evidence suggests that a honey bee swarm contains enough charge to affect the atmospheric potential gradient and that this source of electricity can be a significant perturbing influence on the local electrical environment.

“How insect swarms affect atmospheric electricity depends on their density and size,” says co-author Liam O’Reilly, a biologist at the University of Bristol. “We also calculated the impact of locusts on atmospheric electricity, since locusts swarm on a biblical scale, covering 460 square miles with 80 million locusts in less than a square mile; Their influence is probably much greater than that of honey bees.”

The researchers measured the electric charge of individual desert locusts Schistocerca gregaria (805 + 295 picocoulombs) and multiplied this by published estimates of swarm numbers to determine the possible effect of swarming locusts on local atmospheric electric fields. Their results indicated that swarms of locusts have the potential to alter their local electrical environment on a scale comparable to meteorological events such as thunderstorms. On the other hand, butterflies have been found to have far less impact on electric fields since they tend to move at much lower densities.

“We have only recently discovered that biology and static electric fields are intimately linked, and that there are many unexpected connections that may exist across different spatial scales, from soil microbes and plant-pollinator interactions to insect swarms and maybe the global circuit. ‘ says Hunt.

“Interdisciplinarity is valuable here – electric charge only seems to live in physics, but it’s important to realize how aware all of nature is of electricity in the atmosphere,” says co-author Giles Harrison, an atmospheric physicist from the University of Reading .

The authors conclude: “Since atmospheric space charge enhances the aggregation and motion of air particles, it is conceivable that insect-derived space charges also contribute to spatial changes in air particles. For example, it could be speculated that the collection and transport of charged particles by insects could contribute to the long-distance transport of desert dust, providing alternative explanations for large particle transport that cannot be explained by physical processes alone.”

Check us out on EarthSnap, a free app by Eric Ralls and Earth.com.

By Alison Bosman, contributor to Earth.com

“Insect protein manufacturing contributes to the round financial system”

Do Bedbugs Soiled the Air Inside Your House? – Shopper Well...

Bugs face a deadly decline. Here is why that is harmful...