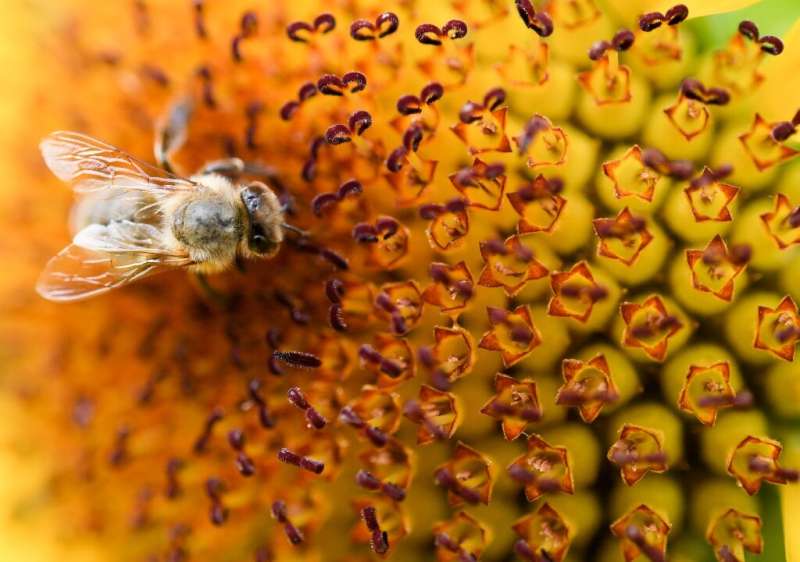 The federal government will propose laws on Wednesday to halt a dramatic decline in insect populations. However, farmers are in an uproar over measures they believe are threatening their livelihoods.

Hundreds of farmers drove their tractors to downtown Berlin on Tuesday, despite the snow and frost, to protest against the government’s draft law on “insect protection”.

“No farmers, no food, no future” read a sign on a tractor near the famous Brandenburg Gate. “We are here, talk to us,” read another.

The policy package, which has been running for two years, aims to limit the use of pesticides on German agricultural land to save insects, the number of which has fallen dramatically across Europe in recent decades.

Proposed measures include bans on the use of weed killers and insecticides in national parks and within 10 meters of key bodies of water.

The government of Chancellor Angela Merkel also wants to phase out the controversial weed control glyphosate by the end of 2023 and tighten the regulations for the use of fertilizers.

“We are not against insect protection, but it must be adapted to modern agricultural practices,” said 28-year-old farmer Wilke Luers behind the steering wheel of his tractor at the Berlin protest.

The government has argued that urgent action is needed because insects “play an important role in the ecosystem”.

The German Farmers’ Association (DBV) said in a letter addressed to Merkel that the planned legislation could reduce the available agricultural land by seven percent.

It called for “cooperation” between farmers and environmentalists and measures based on incentives rather than bans.

However, Tomas Brueckmann from the environmental organization Gruene Liga rejected the proposal.

His campaign group has urged the government not to water down plans in the face of pressure from agricultural companies.

“The government must finally enshrine the package of measures to protect insects that it committed itself to two years ago,” the group said in a statement. “It took way too long.”

Federal Environment Minister Svenja Schulze from the center-left Social Democrats presented the insect protection proposals for the first time in 2019.

However, the government’s approval was repeatedly delayed by objections from the conservative Agriculture Minister Julia Kloeckner, who urged exceptions to some rules.

The final compromise between the ministers will be announced on Wednesday. 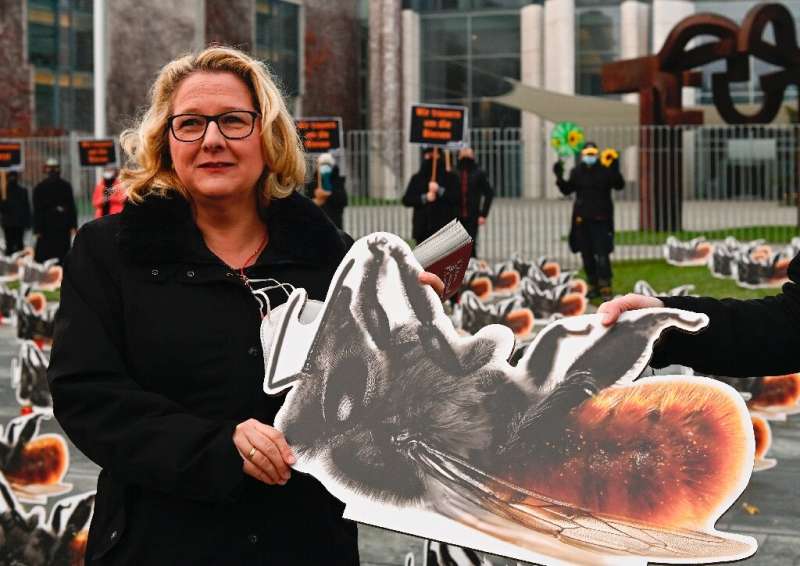 Federal Environment Minister Svenja Schulze, pictured with a cardboard bee, presented the insect protection proposals for the first time in 2019

The gap between farmers and environmental activists in Germany has widened in recent years as concerns about climate change have increased, also due to the youth-led Friday-for-Future protests.

The change in the public mood has led Merkel’s government to work for animal welfare. This has led to recent pledges to halt the mass deaths of male chicks and end the practice of neutering piglets without anesthetics.

However, farmers complain that they are bearing the cost of the new measures and that the stricter regulations do not allow them to compete with cheaper agricultural products from abroad.

A large-scale study in Germany in 2017 was one of the first to set off alarm bells worldwide about the collapse of insect populations and warnings of an “ecological apocalypse”.

The study found that the flying insect populations in German nature reserves, measured by weight, had decreased by more than 75 percent in 27 years.

Germany plans to dim the lights at night to save insects

Proprietor of Frontier Motel ‘did not know’ about mice, mattress bugs,...

Methods to Establish Bedbugs and Methods to Get Rid of Them