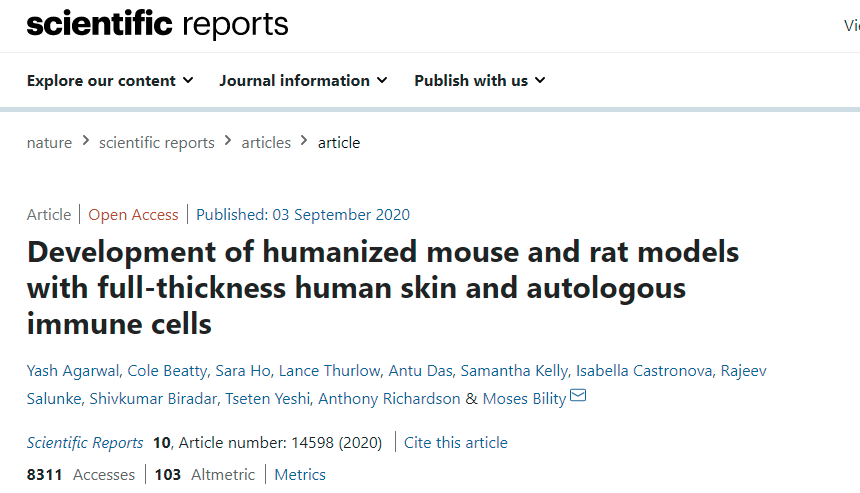 Never underestimate a university’s ability to disgust you even more than it already has.

The University of Pittsburgh Affiliate Hospital last year fired a professor from an administrative position for arguing positive action harmed Black and Hispanic medical students. It slandered Norman Wang to persuade the science journal that published its paper to withdraw it. (Pitt is currently under federal investigation for these measures.)

Courtesy of Campus Reform, we learn that the taxpayer-funded facility has completed an immunological study in which mice and rats seeded the “scalp and back” of late-aborted human fetuses – taken from their own hospital.

People were 18 to 20 weeks old and were approaching life outside the womb. Campus Reform notes that at this age they become increasingly recognizable as people, develop facial features and “acquire the ability to suck their thumbs, yawn, stretch and make faces”.

Here’s what Pitt scientists did to these marginalized people who are further dehumanized as “donors” in the publication:

We processed human fetal spleen, thymus and liver organs into ~ 1mm3 pieces and isolated autologous human CD34 + hematopoietic stem cells from the fetal liver, then transplanted the tissues and hematopoietic stem cells into irradiated NSG mice. Human skin tissue was obtained from the scalp and back of donors and used in the development of human skin grafts with and without hair in the mouse model. Full-thickness human fetal skin was processed by removing excess fatty tissue adhered to the subcutaneous layer of skin and then transplanted over the chest where the mouse skin had previously been excised.

The “Ethical Approval” section of the paper states that these fetuses came from a “medically or electively indicated termination” at the Magee-Womens Hospital at the University of Pittsburgh Medical Center. Their mothers gave their consent to their use “in accordance with protocol reviewed and approved by the Institutional Review Board” in Pitt.

Several entities at Pitt were involved in approving this study:

A Pitt spokesperson told Campus Reform that the research was designed to save lives despite dehumanizing the most marginalized human victims of violence. It aims to help develop “new therapies for infections that make more than 100,000 people sick and fatal each year”.

To be clear, Pitt’s seal of approval for research based on violence and dehumanization is likely not uncommon among scientists. Scientific research has always been plagued by experiments on people whose humanity has been reduced or denied altogether, used without their effective consent.

But it is especially outrageous that these people – most of whom were probably killed for making someone uncomfortable, including a friend, husband, or mother’s parents – are not even given the dignity of being recognized as “human subjects.”

Recall that Portland State University found that a philosophy professor broke the rules of “research on human subjects” by getting prestigious academic journals to do ridiculous research on “rape culture” in dog parks and a feminist version of accepting my struggle.

Police hunt for flasher who uncovered himself to lady in her...

’50 mice caught in a day’ declare as highrise residents say...

Of rodents, roaches and robbers