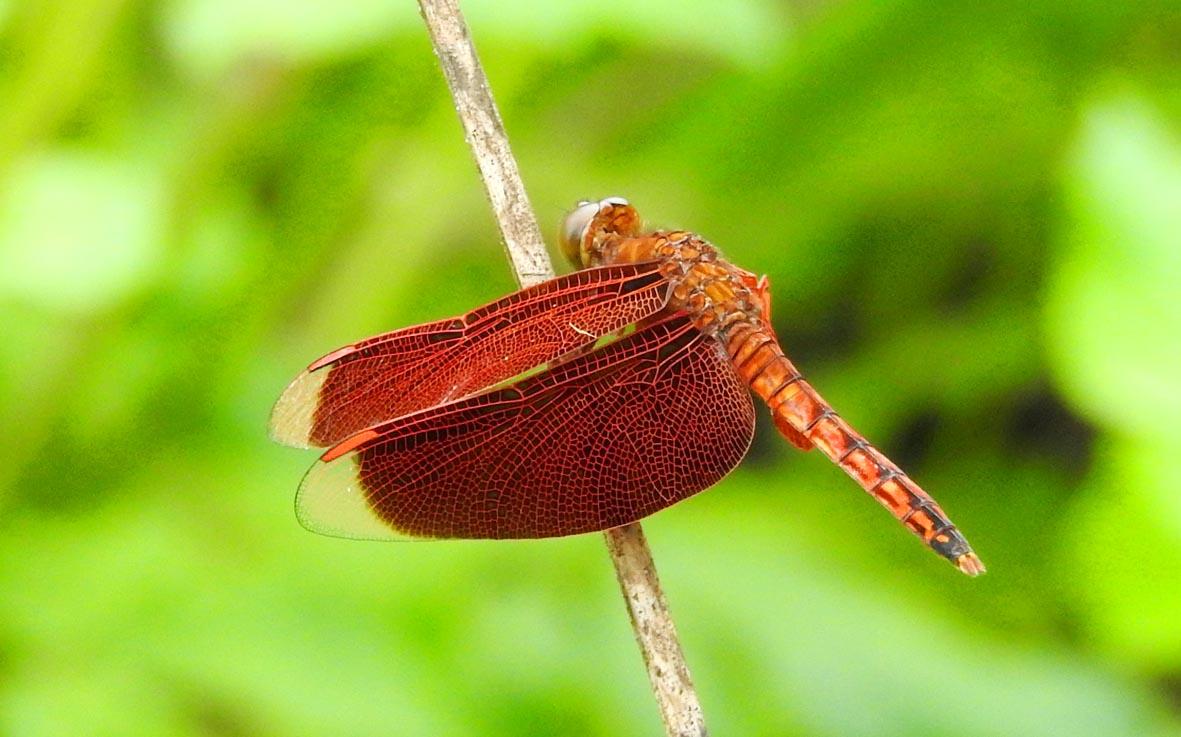 The enormous importance of insects to the ecosphere is well known, but with overdevelopment the numbers are falling worldwide

The word “insect Ageddon”, which has been around since at least 2017, describes an alarming and ongoing collapse in the number and diversity of insects on earth.

Anecdotes and empirical evidence support this narrative of decline.

“People often ask: Why can’t we hear crickets chirping in our courtyards or between the vegetation on the roadside? The soundscape of the landscape has changed because the agricultural landscape has changed, ”says Yang Jeng-tze (楊正澤), professor at the Institute of Entomology at National Chung Hsing University (NCHU).

A meta-analysis of 166 long-term surveys in 1,668 locations worldwide (including four in Taiwan), published in Science last April, found that rates of decline vary from place to place, but an overall loss of nearly one percent is terrestrial Insect biomass every year.

“This is less than what other researchers have reported, but it is based on a broader collection of data and stricter requirements for good data. It’s still a big loss, ”said Matan Shelomi, assistant professor in the Department of Entomology at National Taiwan University.

“It should be noted that the data from the 2020 meta-analysis comes mainly from protected areas, ie the areas with the weakest declines. The actual global drop in insect abundance is likely worse than one percent, ”he adds.

“The losses appear to be worse in North America, but there is a lot more data from there too. The strength of the trends can change as we do more research in other countries. The effect also seems to be stronger in temperate climates and deserts, ”adds Shelomi.

Years before “Insect Ageddon” was added to the dictionary, Taiwanese scientists noted a remarkable decline in carrion beetle numbers in a sanctuary with a temperate climate.

In the Hapen Nature Reserve (哈盆 自然 自然 自然), which is on the border between New Taipei City and Yilan, researchers used both bait traps and bait traps in forest and meadow habitats to count the insects. Comparing the results of bait traps in forest habitat in 2001 with those in 2006 and 2007 found that species richness and the number of individuals decreased progressively, with the number of individuals decreasing 10 percent in 2006 and 14 percent in 2007, researchers reported in a 2013 edition of the Taiwan Journal of Forest Science. 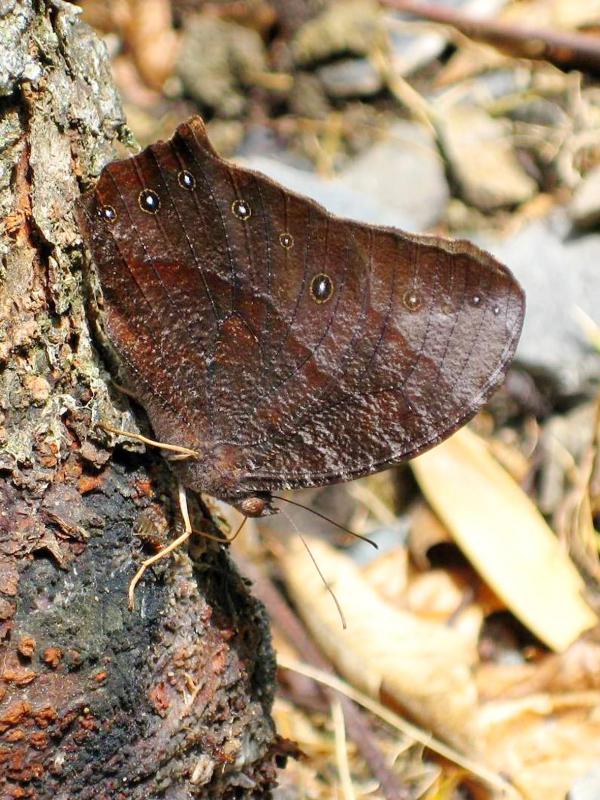 In the meadow – where increased sunlight and greater temperature differences during the day and night make the effects of global warming stronger – the population of eight species increased in 2006, but “the total number of beetles of all species collected was 63.7 percent lower in 2006 than 2001. ”

The average annual temperatures at the study sites were 18.2 and 18.6 degrees Celsius in 2001 and 2006-2007, respectively. In warmer weather, the bait (in this case, dead mice) decomposed faster. This shortened the amount of time insects could locate and feed on the carcasses, thus reducing the number of species and individuals that could use them, the researchers concluded. 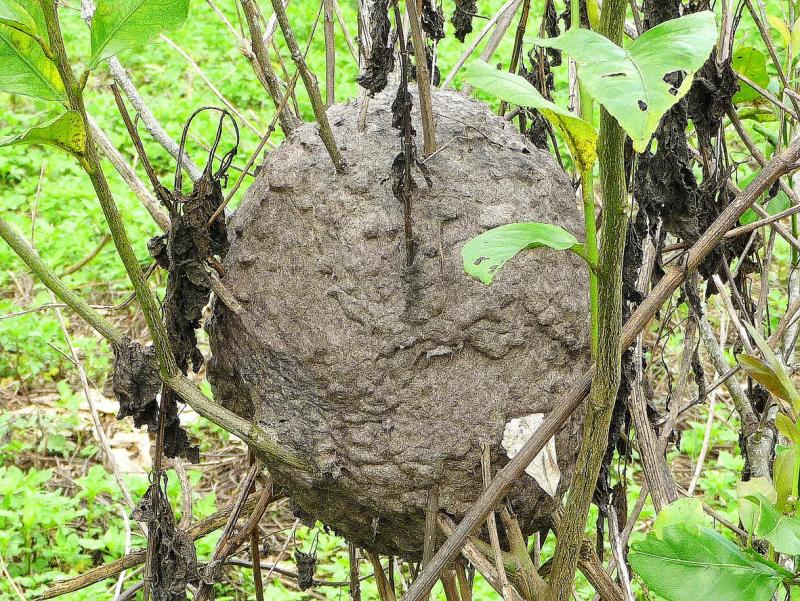 The enormous importance of insects for the ecosphere is well known. Bees and butterflies pollinate plants. Ants and beetles distribute seeds and are important for soil health. Mosquitoes are an important food for bats. Birds eat flies and maggots, while Taiwan’s psoriasis feed on termites and ants.

Taiwanese don’t eat insects, but Odontotermes obesus indirectly provides delicious seasonal food to gourmets in the south. In their nests, this species of termite – also found in some other countries in Asia – cultivates Macrolepiota albuminosa, a fungus that is compared by those who collect it and eat it with shredded chicken. So far, all efforts to breed Macrolepiota albuminosa have failed.

Environmental awareness and policy have come a long way in Taiwan, but it is inconceivable that insect populations could not be under great pressure on an island full of people, factories and farms.

Ecological projects in Taipei have achieved some success by bringing fireflies and tadpole-eating jumbo dragonflies back to the city. Even wild butterflies are no longer harvested in large numbers. According to Endangered Swallowtail Butterflies in the World: The IUCN Red Data Book published in 1985 – In the 1960s, Taiwan was turning between 15 and 500 million butterflies a year into laminated ornaments and decorations.

The book suggests that while the trade ignored the majority of the local butterfly species, that didn’t mean they were safe. Then, as now, “The greatest threats to Taiwan’s butterflies are undoubtedly habitat destruction in agriculture and forestry … urbanization, air pollution and pesticides are all taking their toll.”

“I always keep an eye on insect diversity, and modern farming systems have resulted in a decline in biodiversity. Some species have been lost, others have become vulnerable. I mostly work with crickets, and for the species that live near people, farming is the main concern, ”says Yang of the NCHU.

“With their insecticides and inhospitable terrain, they kill everything that leaves the forest. But the insects don’t know that and continue to fly in, ”he says.

He points out that freshwater insects are far better off than their terrestrial relatives.

“The frequency increases by an average of one percent every year. The reasons for this are lower water pollution, as countries have combated pollution and the illegal dumping of waste in water, ”says the specialist in insect physiology and microbiology.

North America’s aquatic insect populations have grown since the US passed the 1972 Clean Water Act. In Central Asia, they benefited from the collapse of the USSR and its heavy industry. In Taiwan, stricter wastewater regulations and a relocation of polluting industries to China and Southeast Asia may have made a difference.

“On the other hand, the increase may be due to increased microbial productivity in the water due to fertilizer runoff from fields,” explains Shelomi. “It is also important that the good news for aquatic insects does not overshadow the bad news for land insects. Less than three percent of the earth’s surface is fresh water. ”

WELCOME AND NOT WELCOME BUGS

Higher temperatures could be a mixed blessing for Taiwan’s rice farmers who need to remain vigilant of various beetles, burs, leaf holders, plant breeders, and weevils.

The authors of a 2010 paper in Crop, Environment & Bioinformatics warn that if host plants are available, global warming can lead to conditions more suitable for various alien pests to overwinter. This would make it more likely that their populations could grow and damage crops.

Taiwan is the northernmost limit of distribution for certain pests such as the green rice cicada. If the climate warms up, it could become a more serious problem. There is also a risk of the Asian rice gall mosquito and other pests common in Southeast Asia settling here.

For the smaller brown plant breeder, the rice leaf beetle and the rice water weevil, Taiwan is considered the southernmost limit of distribution. Higher summer temperatures can cause them to disappear completely – and at the same time reproduce the tiny fairy flies that are natural enemies of planthoppers that feed on rice plants.

The paper’s authors believe that the incidence and damage of rice insect pests in Taiwan “will not change significantly in the near future amid global warming … long term monitoring [of] The population dynamics of these insect pests is very important. ”

Shelomi does not believe that “insect Ageddon” will lead to a breakdown of life on earth.

“Climate change is killing polar bears and deforestation is killing Formosan black bears, but the dengue mosquito, which prefers to live among humans in hot climates, is doing better than ever,” he says.

“I doubt the cockroach’s biomass will decrease. They love our cities. But that’s just Periplaneta americana, the big cockroach you see on the streets of Taipei. There are plenty of other roaches that only live in the woods, some with gorgeous blue or black or red or green colors, and their abundance is likely to decrease. We will lose the species we do not see, but those that annoy us are not threatened. Nature will go on, but in a way that’s worse for us, ”he concludes.

Steven Crook, author or co-author of four books on Taiwan, has been pursuing environmental issues since arriving in 1991. He drives a hybrid and wears his own chopsticks.

Comments are moderated. Keep comments relevant to the article. Annotations that contain abusive and obscene language, personal attacks of any kind or advertising will be removed and the user blocked. The final decision is at the Taipei Times’ discretion.

These Gardening Gloves Cherished by Amazon Consumers Are on Sale

How To Hold Rodents Out Of Your Automotive