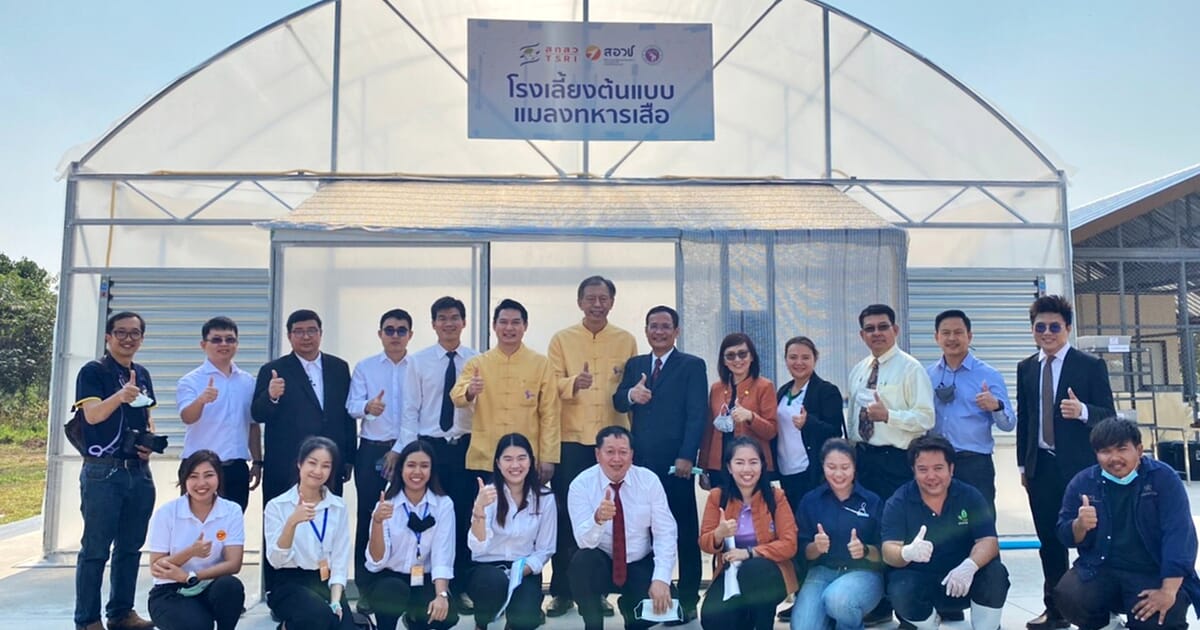 Dr. Yuthana Phimolsiripol, director of the Center for Food Innovation and Packaging (FIN) at Chiang Mai University, said the university initially studied several products for black soldier flies, such as skin care products made from the insect’s larval oil. The university is now working with CP Foods to explore commercial opportunities from research.

As part of the agreement, CP Foods will fund the project and jointly develop the first intelligent farm for black soldier flies in Thailand. This pilot farm will also be a learning center for students, farmers and the community.

“Chiang Mai University and CP Foods have the same goal: To study the new products to move the Thai agricultural sector towards sustainable growth, using the BCG economic model as an outline. This research will not only benefit both organizations, but also farmers across the country who can generate additional income from this new economic insect, ”said Dr. Yuthana.

Dr. Pairat added that CP Foods has been working on alternative sources of protein, including plant-based protein, cell-based protein and insect-based protein, to respond to the new trend towards sustainable food and improve food security.

He said the company has a keen interest in the insect sector. Previously, the company developed cricket feeds in 2013 and began researching the benefits of the black soldier fly in 2016.

“Black soldier fly is a sustainable choice for alternative sources of protein and fat. That is why we produce a traceable and value-adding insect protein. We hope that our partnership with Chiang Mai University will pave the way for a sustainable and profitable insect industry in Thailand, ”said Dr. Pairat.

Exploring the potential roles of some rodents within the transmission of...

How One of many Oldest Pure Pesticides Retains Mosquitoes Away

May 21, 2021
Load more
© All Rights Reserved By Thepestcontroldaily.com
MORE STORIES

Lovebug cat meals is the most recent to substitute insect protein...