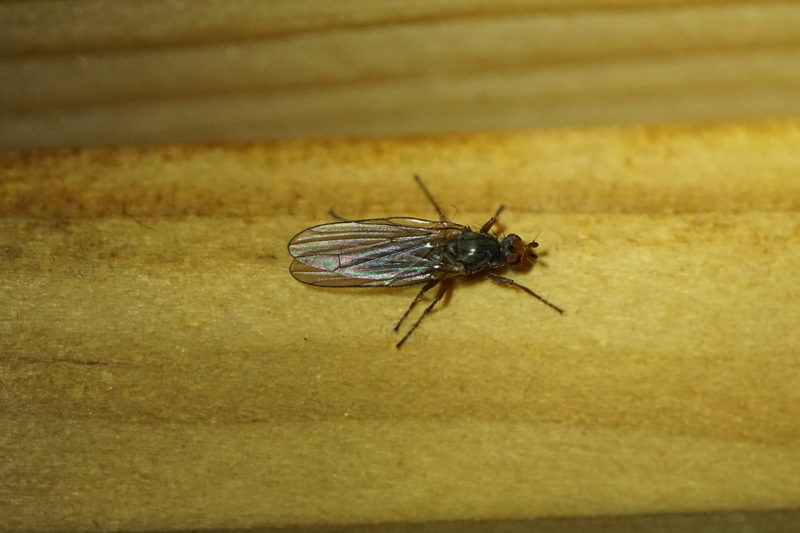 Twenty years ago it would have been almost impossible for an amateur naturalist like me to study insects successfully. However, some groups – butterflies and dragonflies, for example – were obvious and charismatic enough to make usable field guides. For the vast majority of insects, however, the basic act of identification required the use of daunting scientific keys.

These so-called “dichotomous keys” guide you through a series of yes-or-no questions, with each question focusing on a more precise identification. There is nothing magical about the process; In fact, it’s dead easy and objective. However, it does require a detailed understanding of the anatomy of the insect you are trying to identify. And it generally requires a dead sample to examine and a microscope to look at.

Yes or no: does the anepimeron have a long bristle that extends posteriorly beyond the center of the lower caliper? Not many amateurs then or now have the patience or background knowledge to answer such questions! And until recently, scientific keys were difficult to find and accessible, even if you really wanted to use one.

However, a number of interrelated changes have made identification a lot easier since then. The internet, and especially social media, have enabled casual naturalists to communicate with world-class experts. A huge amount of information about insect ID has been accumulated on public websites, from photo databases to digital versions of dichotomous keys. Digital photography has made it possible for beginners to capture breathtaking images of tiny invertebrates. There are even apps and algorithms that can automatically identify wildlife photos even if the user has no knowledge at all (the iNaturalist.org website is a good example).

A personal experience shows how modern technology uses an observer’s personal knowledge. A few years ago, in December, I photographed a tiny fly in a window of our house. As I looked at the photos, I saw an elongated fly the size of a grain of rice with a small round head, short antennae, and a series of well-developed bristles along the leading edge of the wing. The fly’s overall appearance excluded many of the major branches of the order Diptera; By scrolling through my favorite identification site, Bugguide.net, I came to the conclusion that this fly belongs to the Heleomyzidae family (a classic characteristic of this family is the presence of those wing-edge bristles).

I browsed through Bugguide’s photo archive and found a good match for my fly in the genus Orbellia. I posted the photo on Facebook with my temporary ID. Within hours, a Facebook friend in Europe who happens to be an authority on Heleomyzidae confirmed the ID. Kind! I had identified my fly down to the genus level.

Fast forward to this past December when I photographed another, similar fly, also on the inside of a window. I remembered my previous experiences and compared the new fly photos with the old ones. I came to the conclusion that I had another Orbellia in my hands. But the legs of the first Orbellia were yellow and the legs of the second were black. I knew leg color could be important in identifying flies, so I suspected I had photos of two species of Orbellia.

I went back to Bugguide.net, where I read the following about the genus Orbellia: “Probably only two species in North America, Barbata with mostly yellow legs and Petersoni with mostly dark legs.” Immediately I had firmly identified two species in an obscure family of flies!

I think I can partially appreciate this achievement. I noticed the flies in the first place and was able to take decent photos. And thanks to previous work, I knew enough to spot the flies, at least at the family level, and was smart enough to notice the different leg colors. But my minimal knowledge has been enormously expanded by easy access to scientific experts and the existence of a huge, well-curated collection of past flight records.

I realize that flies are not for everyone. However, if you are interested in biodiversity, each species is important. (And if you’re reading this column, you are probably interested in SOME species of wildlife!) The situation I described here for the fly passport applies to any other form of living thing. Advances in knowledge and technology have fundamentally changed the game so that even beginners can successfully learn about obscure organisms and, importantly, feed information back into the system, making it even more powerful.

Of course, the process is not effortless. And some identifications still require absurd scientific knowledge. Sometimes, when working from photos, you can only assign one insect to a family or genus. But we are in the age of “Citizen Science”. Barriers that prevented wildlife study a few years ago are collapsing, making anyone interested and a cell phone camera a contributing member of the scientific community. It is a beautiful thing.