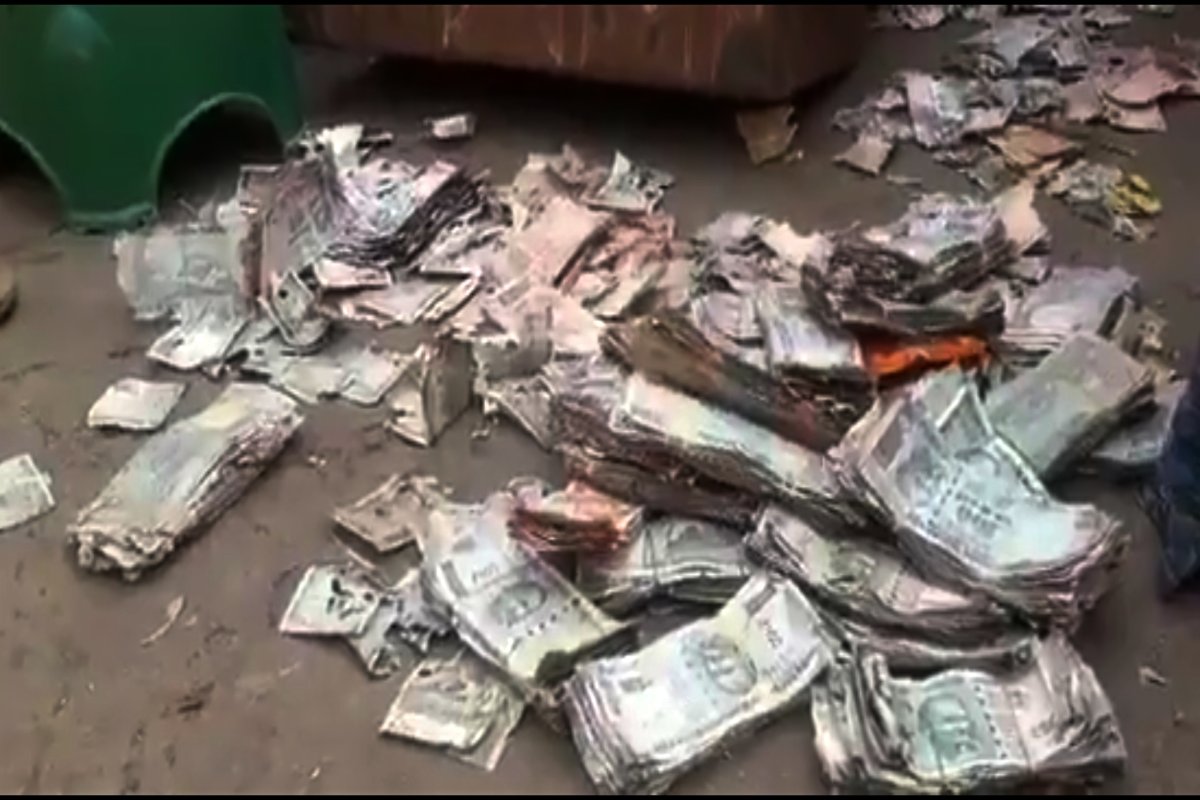 The man had saved bundles of money in a plastic bag and put them in a trunk.

A resident of Vijayawada who had saved Rs 5 lakh in cash on his home lost the money to a termite infestation. The incident was reported in Mylavaram under the line to Vijayawada Police in Krishna District, Andhra Pradesh. Mylavaram is 44 km north of Vijayawada.

Jamalayya, a local pork vendor, lost Rs 5 lakh when termites attached themselves to the banknotes. “Jamalayya stuffed the money into a plastic bag and kept it in a suitcase to protect the money from his son’s clutches,” a police officer told IANS.

According to police, Jamalayya saved money to build a new home for the family.

He stuffed the money into a plastic bag made from used fertilizer bags. “We had heavy rainfall in 2020 and termites are a big problem in bad weather,” the official said.

The man realized his misfortune when he opened the trunk to get the money. He wanted the money to pay off a debt. After Jamalyya’s family members discovered the loss of his savings, they emptied the trunk onto a bed and on the floor in an attempt to save as much as possible.

The disturbed family members looked helplessly at the pierced banknotes while others wept over their loss.

Moved by Jamalayya’s predicament, officials from the Bank of Baroda in Vijayawada approached him to make up for the loss, the official said.

“Depending on how much the Bank of Baroda will pay, we will plan a panchnama on the balance and send it to the Reserve Bank of India (RBI),” the official said of the police agency’s plan to help reduce Jamalayyas Loss.

(With inputs from IANS)

Gardening Etcetera: Gardening Newbies can study from the consultants | Residence...