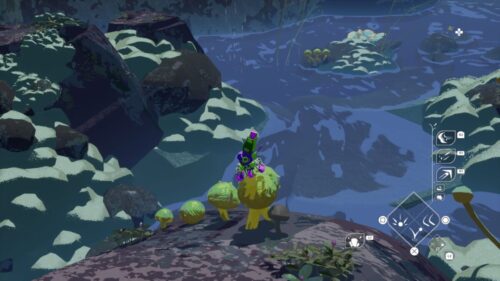 Flight School Studio’s Stonefly is all about exploring your surroundings. You play as Annika, a small person in a world full of massive trees and, above all, massive insects. With a giant bug-shaped mech you have to navigate this strange, huge world and track down the stolen mech that your father built as his life’s work and survive all the giant crawling animals on your way.

The premise is simple enough: explore the world, upgrade your mech, and find out what you’re missing. The multi-legged insect robot that you control is definitely the main attraction from a gameplay perspective. Customizing the color of your rig and crafting upgrades, how it moves, how far it jumps, and how it fights enemy bugs are all fun and exciting systems. Stonefly knows that the mech and its interaction with the world will be the dominant thing you think of while playing the game, so these aspects have been designed and shaped with clear skill and care. 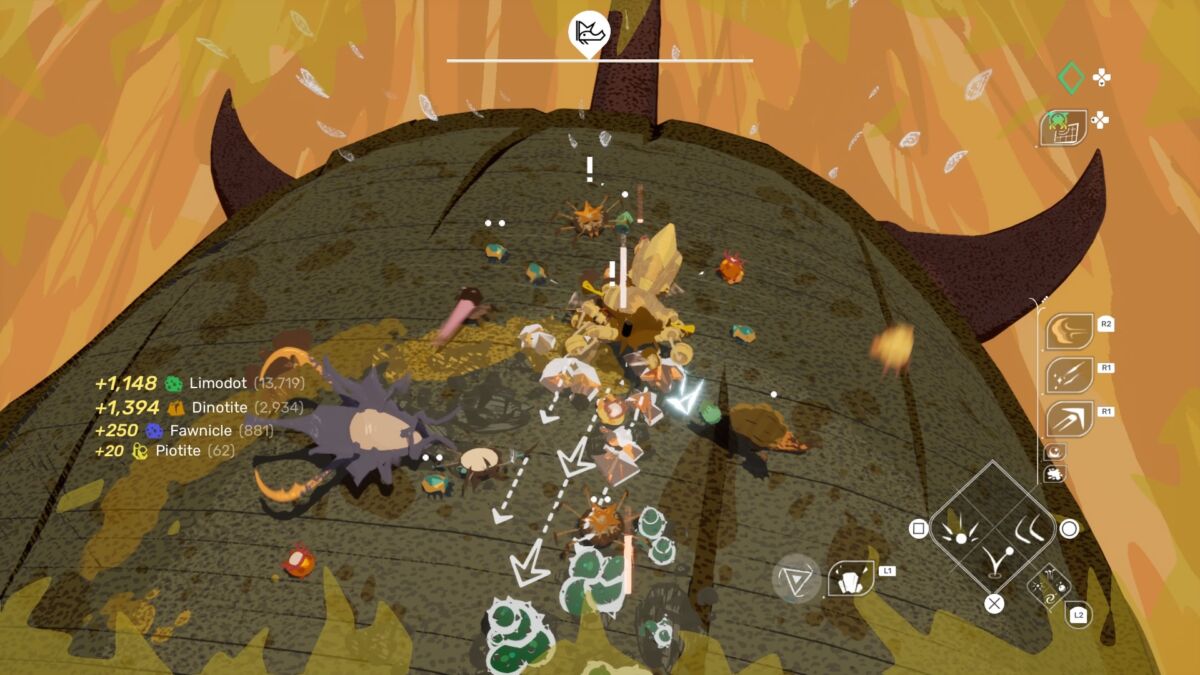 When you’re not tinkering with your ride, you’re out and about, crawling and sliding through the game’s numerous sprawling biomes. Walking on the ground is actually not the most efficient means of getting around because you move much faster in the air. Your mech can jump in the air and slide pretty much anywhere for long periods of time without going beyond the physics of gravity, and you can jump back up with the push of a button.

Stonefly wants you to keep moving and exploring so it’s never difficult to keep going. Different terrain, secret unlockable cosmetics, and alternate routes abound in these carefully crafted terrariums, and it was always fun to fly around looking for what might be at the end of that branch or under that root. These biomes are really full of detail and charm, and you really feel like you are a little thing in a large, complex ecosystem that did just fine without you. 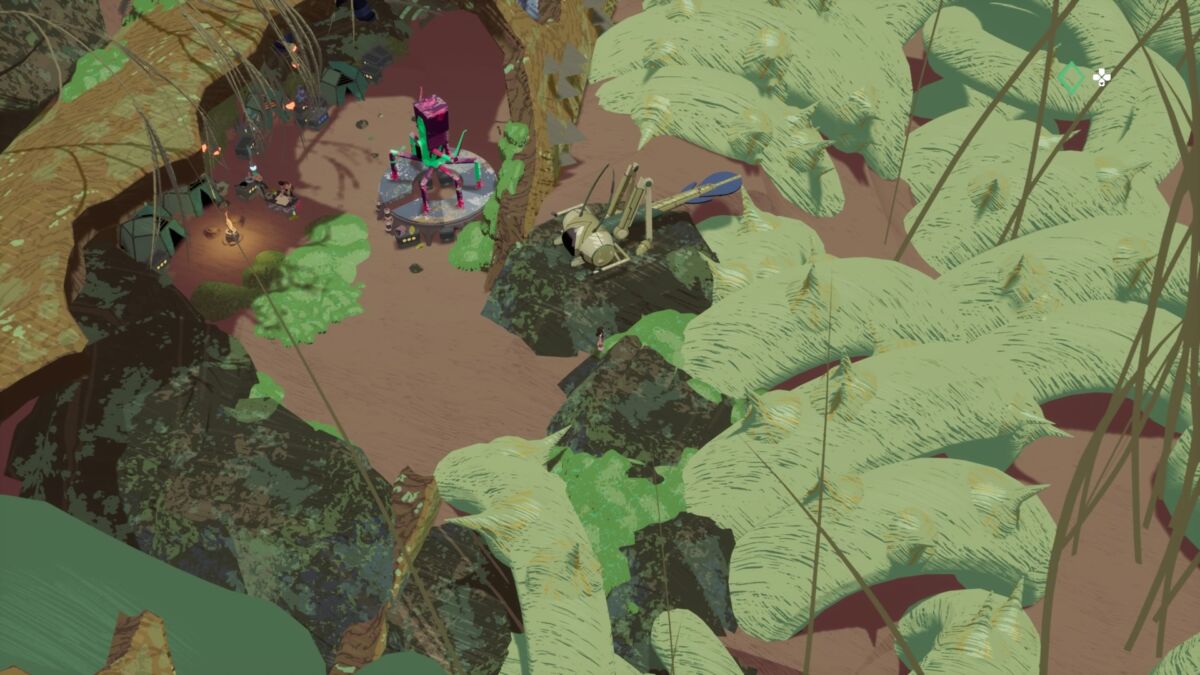 However, you will want to stop every now and then to enjoy the scenery as Stonefly is a beautiful game. Each background, insect, and character is rendered with a claymation-like texture so they look like clay models straight off the collectors shelf. Everything is also colored with vibrant cel shading tones, from soft pastel tones to earthy autumn browns and oranges. Each biome is full of beautiful details like a sluggishly flowing river or twisting thorny tendrils on a forest floor. The landscapes are breathtaking from top to bottom, and a lot of the fun of Stonefly comes from relaxing in these picturesque locations. Natureboy Flaco’s soundtrack is a treat too, full of lo-fi beats to fight bugs against. The general atmosphere is really impressive and inviting, a perfect atmosphere that invites you to poke around for a few more minutes before going to bed.

The bugs themselves are also full of visual flair. Each enemy insect has a clean, bright color scheme and bold, distinct features to make them stand out from the background. They also have recognizable shapes, like round beetles with wings that hide their weak spots, or smaller horned creatures that fire projectiles. Learning the visual language of every living being gives you a huge head start in planning how to move through these forests. 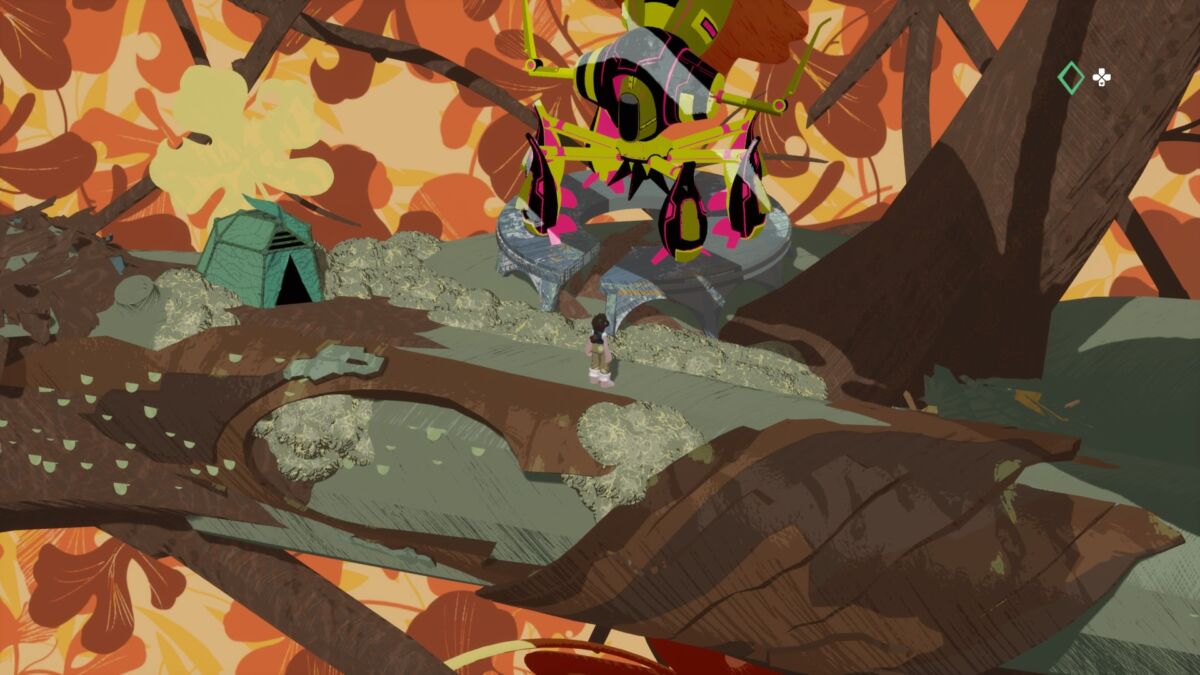 Those with some sort of fear or dislike for the real world insects should probably be okay here, as no bug is ever shown in close-up and their features are always caricaturedly exaggerated. There is an almost zoological whim in how different and unique and different each beetle looks, behaves and moves through space.

There are some flaws in the system, however, and not the cute kind (this is the only time I make this joke). As great as the navigation is, things get less exciting with the other bugs swarming around you. The fight in Stonefly is based on Super Smash Bros. You don’t defeat enemy bugs by hitting them until their health drops to zero, but by dealing enough damage to throw them on their backs and stun them. Then you shoot gusts of wind to knock them off branches or platforms. That means you have to lure enemies to edges before you flip them over, or flip them over and then whack them around for a long distance while other bugs quickly bite off your distracted mech. This act of juggling is addicting and takes some creative thinking, but it can quickly turn into boring enemy dog ​​poo. Or rather, bug piles. 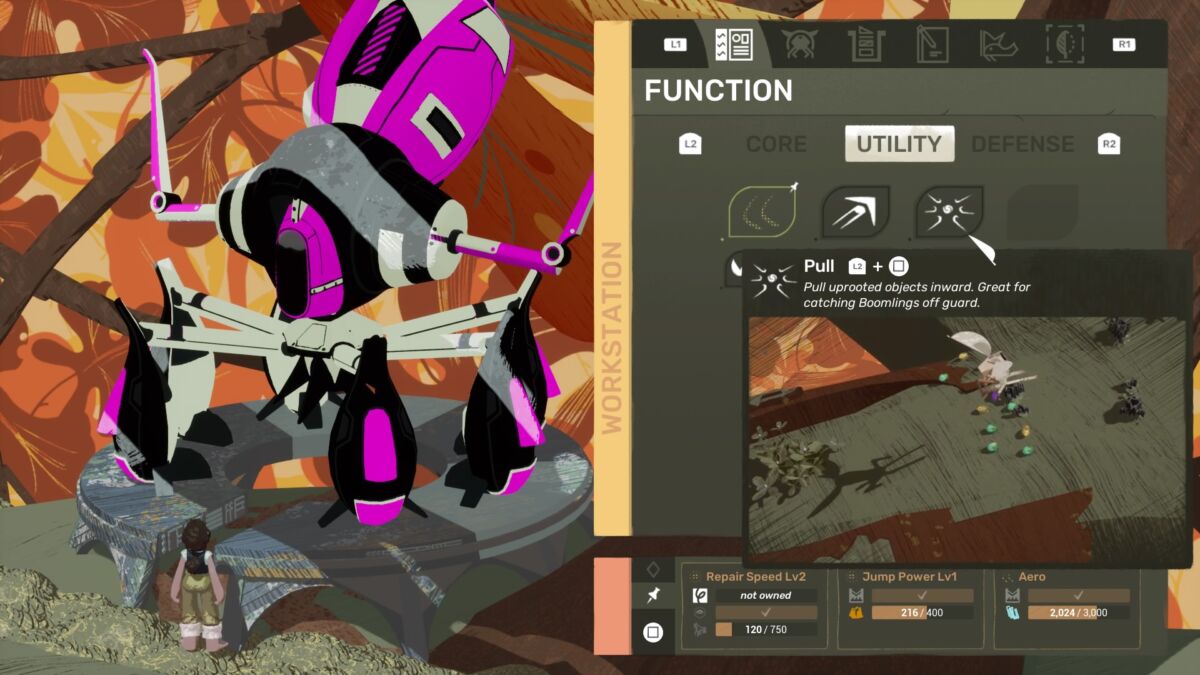 You can also knock over the enemy bugs and knock them off your rod, doing serious damage to your mech – so serious that upgrading your rig’s hull armor is useless given the damage you’ve taken from knocking around. Ultimately, upgrading everything feels like an illusion of change as the noticeable benefits between upgrades diminish each time. As it is, Stonefly’s fight feels precarious in a way that is not properly balanced.

The difficulty curve version of the game is also unfortunately so simple that more enemies will fall on your head at the same time, which is less of a fun challenge and more of an increasing annoyance in the game’s final encounters. If the game introduces new types of opponents and you need to rethink your approach, this is great. Facing the third wave of a few dozen enemies at a time makes it less creatively stimulating. There is a support mode that allows you to tweak certain combat factors like recoil damage and enemy stun time, which can make the experience easier, but they don’t take into account how the game was designed and planned. 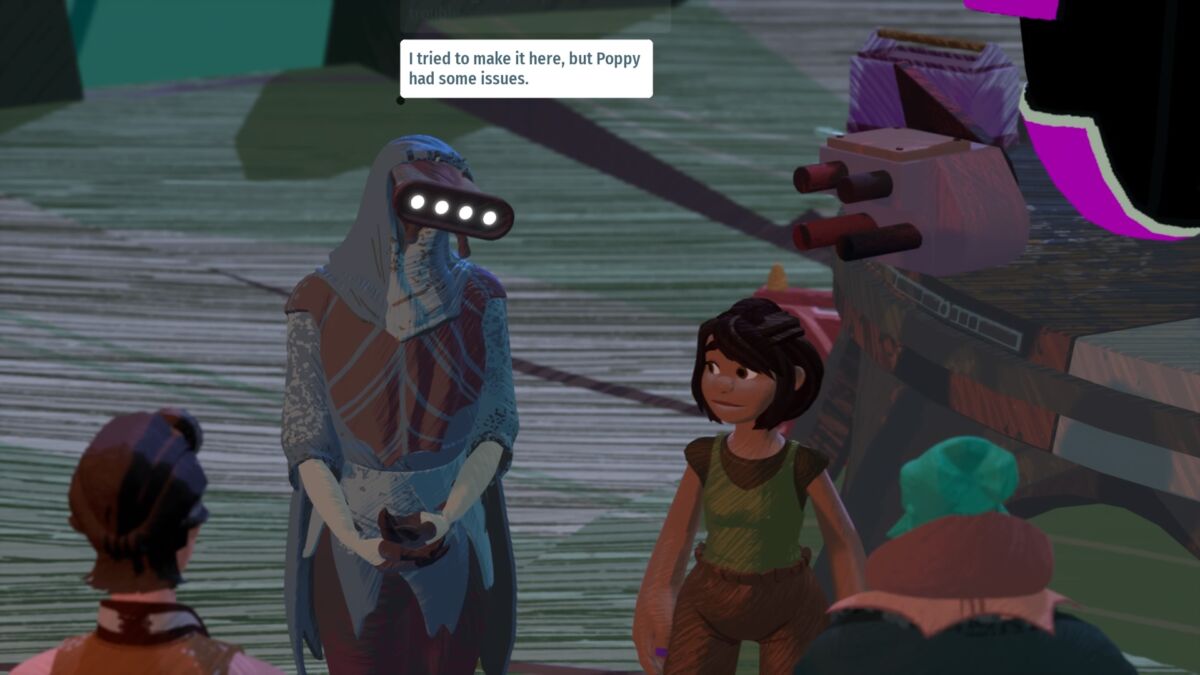 The difficulty ramp is also related to how the game goals progress when they need to farm for materials. A lot of narrative advances are included behind building a specific part or donating a certain amount of the games, six types of minerals you mine while exploring. This means a lot of backtracking through known areas looking for materials or tracking down blue flies that will give you access to “alpha” insects: truly giant beetles with stacks of minerals (and endless hordes of enemies) on their backs hang. You can fly around trying to collect as much as you can in a given time limit, which is a new change in the pace and flow of the game, but it also repeats itself after the fifth or sixth time you had to chase them down for more resources. Thankfully, the game’s story is fairly short and can be completed in just over 8 hours, and most of the time is well invested.

These mechanical inadequacies are bothersome, but they don’t detract from how thrilling and exciting Stonefly’s opening hours are. The game is brimming with great ideas and a genuine appreciation for the natural world, which it is oversized. Learning the ropes, exploring new areas, and creatively juxtaposing various skills I’d developed for my mech felt like a deeply exciting style of play. Stonefly captures both Annika’s childlike amazement and curiosity, both in its exploration of the world and in how it encourages you to poke around and tinker with your toys. While there are some speed bumps, they’re not enough to dampen the game’s charm. Annika is an admirable and personable protagonist, and her enthusiasm for this beautifully rendered world is evident.

A key was provided by PR for this check.

CONTINUE READING: Best PS4 Indie Games You Should Check Out

Some of the coverage you can find on Cultured Vultures includes affiliate links that earn us small commissions based on purchases made when you visit our website. We cover gaming news, film reviews, wrestling and much more. 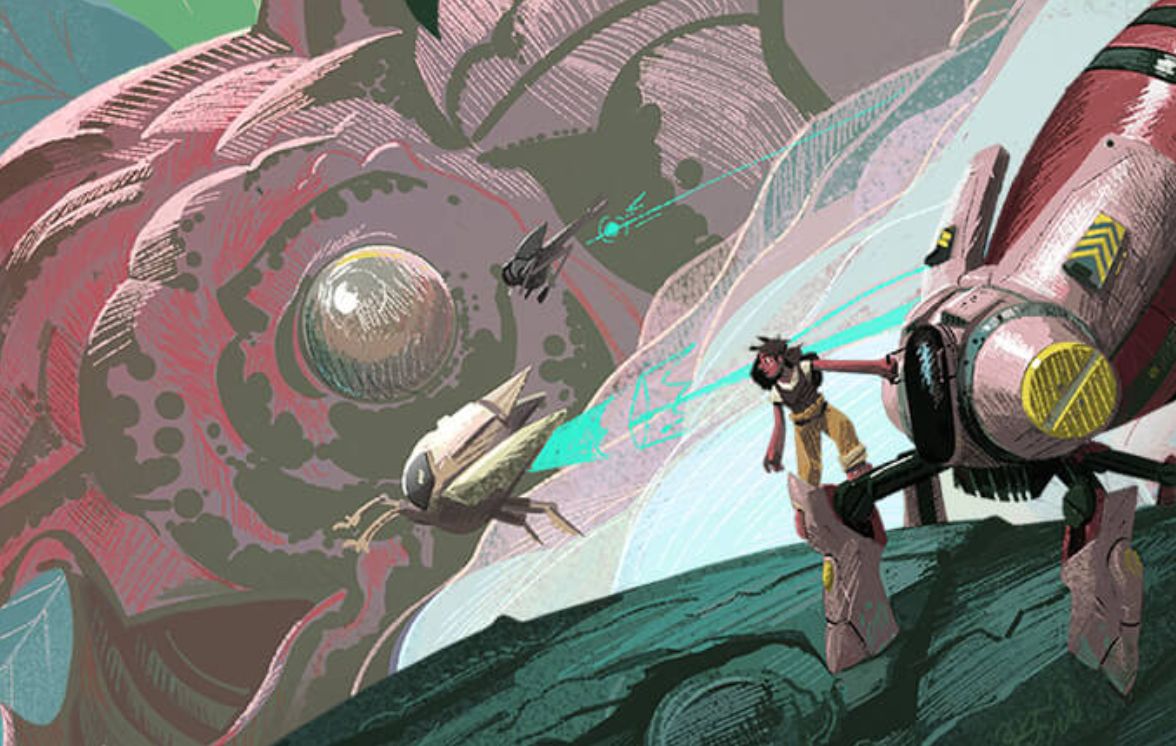 Stonefly is a game with big insects and a bigger heart. Despite some chunky aspects of combat and some repetitive sections, the game’s visual style, relaxing exploration, and rewarding customization system make it a game worth crawling around in.

Mice Plague Australia 2021| It is Raining Rats! Video of rodents...

Recommendations on Inexperienced gardening and cleansing at dwelling