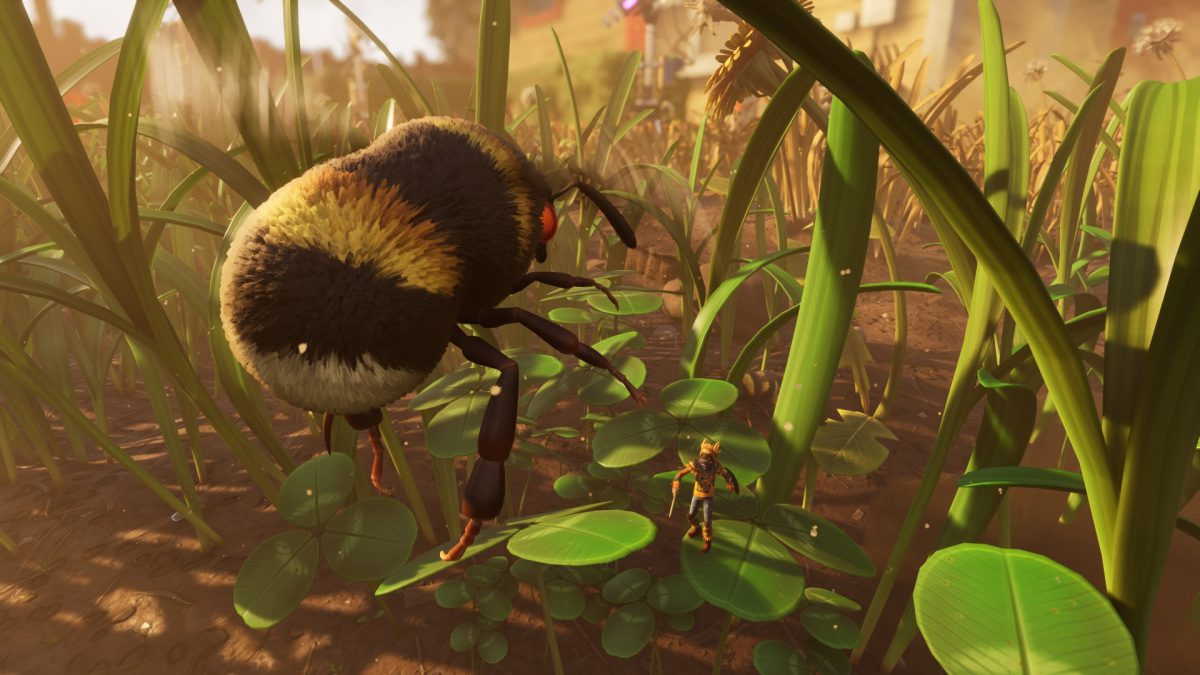 In today’s update for Grounded, we’re bringing flying insects to the backyard, with mosquitoes, fireflies and bees landing on the world. The team has wanted to bring flying creatures into Grounded for a while as this was a top community request for our ever-evolving backyard.

As the population of the creatures in Grounded grows with these new additions, there are even more items for players to craft. For this update, Bee Armor, a Firefly Head Lamp, and the Rapier-style Mosquito Needle are new recipes that players can research and craft once they’ve fixed the new bugs. But that’s not all! Players can now craft a shield from weevil pieces that players can use to block attacks that previously couldn’t be blocked.

Along with the new creatures and crafting recipes, some new quality of life features have been implemented. According to community feedback, equipped items no longer take up inventory space and equipped item slots instead. Not only that, when a player dies, all equipped items remain on the character, making it easier to travel back to their backpack so that their items can be recovered less painfully.

We hope players love these bugs and updates as much as we made them! As always, we hope to hear what our community thinks of these new creatures as we continue to build on our Xbox Game Preview experience together.

For more information on the details of these new additions in the backyard, check out the latest Grounded Developer Vlog on Obsidian’s YouTube channel.

Methods to use social media for higher gardening

Bugs Repellent Market Dimension Value $5.eight Billion By 2025 Due To...