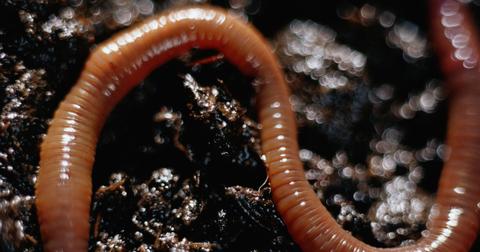 Eco-friendly and waste-free readers are likely very familiar with the concept of composting. For those who aren’t, compost is a natural fertilizer that brings a wide variety of microbial nutrients to your garden soil. Making compost is quite simple, and many types of compost can be made at home. However, it is a little more complex to understand what type of compost is good for gardening.

What type of compost is good for gardening?

There are many types of compost, but most contain the same basic elements. They contain a good mix of carbon and nitrogen rich wastes, oxygen, and moisture. According to Harvest to Table, ripened compost is the best compost for gardening. When this compost, which is often referred to as humus, is ready, it will be black-brown in color. It will be moist, crumbly, and even in texture.

In essence, the compost produced by aged composting shouldn’t look like the items that go into the compost bin. The reason humus is so effective is because the nutrients it contains are the most accessible to plant roots. They are exposed without the complex organic material they come from. The best thing about humus is that you don’t have to buy it, you can make it in your own garden.

What other types of compost are there?

There are basically two basic types of composting: hot composting and cold composting. Cold composting is therefore not mentioned because the compost itself is cold, but because it is a simpler, much longer process.

With cold composting, you collect eggshells, coffee grounds, fruit peels, and other types of nitrogen-rich waste products and toss them in a container or compost heap with carbon-rich items such as leaves, clippings, or newspapers. Just let time do its thing.

With hot composting, you take on a more active role, which speeds up the process considerably. Unsurprisingly, it works best in warmer weather too. For hot composting, you need the same four ingredients as for cold composting. There is also another: movement. Frequent aeration or “turning” of your compost allows for better oxygen supply, which nourishes the aerobic bacteria that help break the compost down into humus.

There is also a method known as vermicomposting, which uses earthworms to compost. It’s an effective method, and it makes a very high-nitrogen compost that plants really love. Unfortunately, you can’t just pick old worms. According to Gardening Know How, the best types of worms are either red wigglers (Eisenia fetida) or red worms (Lumbricus rubellus). Both species thrive in a composting environment and can be purchased from some gardening supply stores.

To be honest, any of these methods will eventually turn you into workable compost, even if the end result isn’t the all-important humus everyone is talking about. Composting itself is a great way to reduce waste and help protect soil. No matter how you do this, you are doing the planet a favor.

Couple makes use of artwork to indicate how house gardening can...

How can we stop Insect Armageddon?