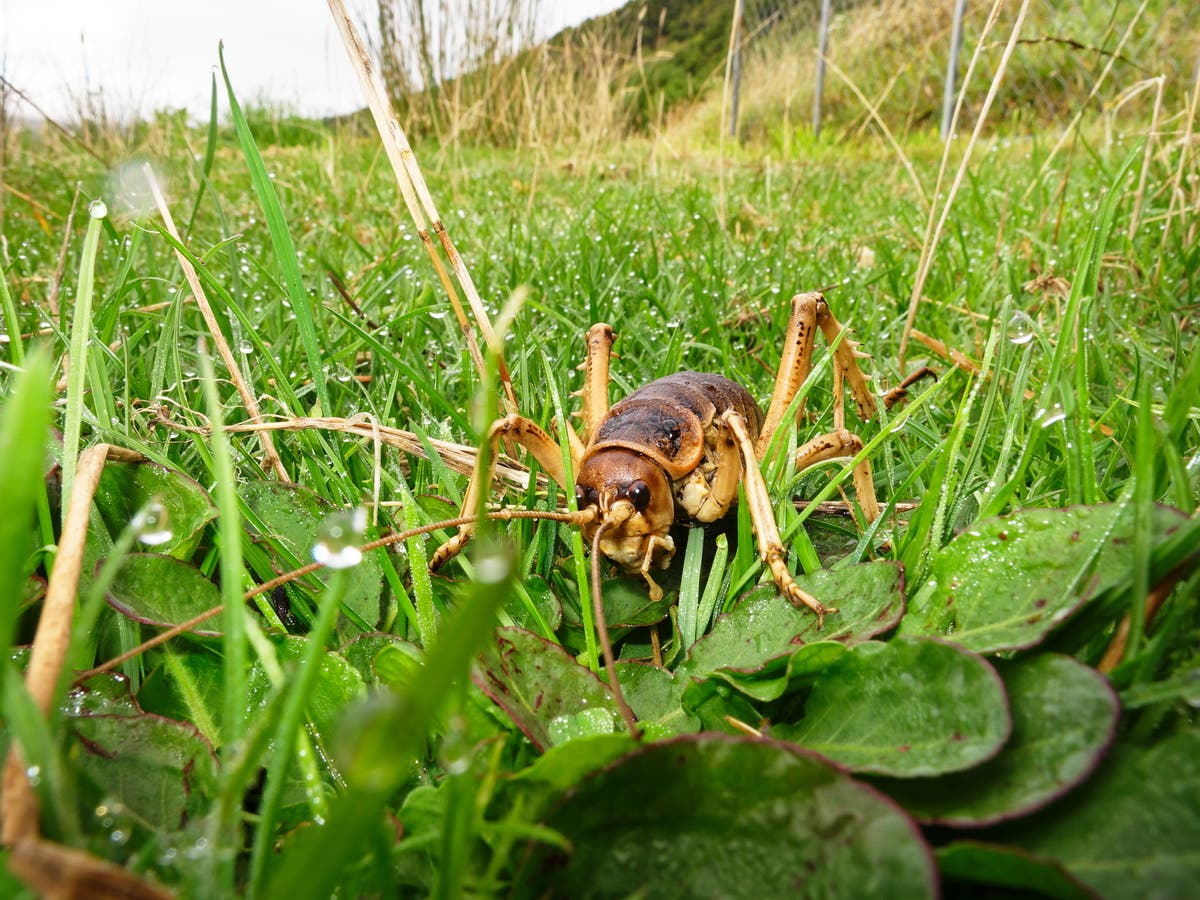 An Air New Zealand passenger sat facing a large cricket-like insect on her flight from Wellington to Auckland.

Alex O’Connor tweeted a picture of the wētā, a flightless insect endemic to New Zealand, with the caption, “Just wonder what the mask guidelines for wētā on flights are?”

The airline replied that wētā do not wear masks on board flights, but apologized for the insect not following the two-meter rule of social distancing.

Ms. O’Connor and another passenger were concerned that the beetle might be destroyed when the passengers disembark, and they put the insect safely in a sick bag. Using the airline security card, they picked it up from the ground.

Ms. O’Connor had planned to go straight to Auckland, so the other woman offered to release it outside of town.

An Air New Zealand spokesman confirmed the incident, telling Stuff website, “Although Mr. Weta was not part of an official relocation, it looks like he made a safe journey and made some friends along the way.

“We understand that the customer is a conservation enthusiast over the original tweeter and brought it back to the wild after experiencing Air New Zealand’s world-class customer service.”

There are more than 100 species of wētā in New Zealand, 16 of which are classified as endangered by the New Zealand Ministry of Conservation. The size of the insects is enormous, from the giant wētā, which weighs as much as a sparrow, to the alpine wētā of Nelson, which weighs only 7 g.

This incident follows two similar cases in 2018 when cockroaches were sighted on Air New Zealand flights from Australia. Passengers on flights from Perth and Sydney to Auckland one month apart filmed cockroaches crawling through the cabin.

No rules for mattress bugs in South Carolina, victims left with...

Greater than 1,000 rodents killed in hearth at Westman Reptile Gardens